Institutional Capacity Building and Impact on Readiness in Special Operations 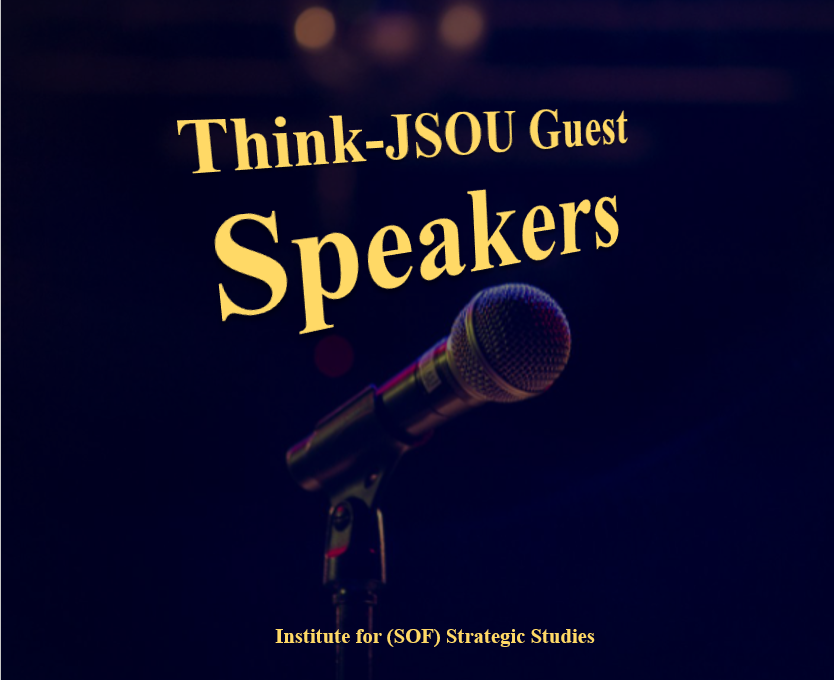 Nothing to show yet.

By clicking the event registration button above, I acknowledge JSOU's event attendee terms and conditions, and certify that I am who I say I am. 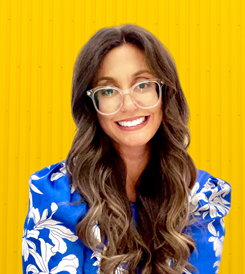 Dr. Karla Mastracchio is the JSOU Professor of Information Advantage and Strategic Influence and the Regional Chair to United States Special Operations Pacific command. She is also a communication professor at the University of Iowa’s College of Journalism.  Prior to returning to the government sector, she has designed and taught courses on culture and strategy for SecureSet Academy, a cybersecurity training academy with locations throughout the U.S..

She has appeared as a featured expert in numerous television segments to include News Channel 8, Channel 10 News, Fox 13, ABC Action News, and Bay News 9, and in print for publications that include Huffington Post, Business Insider, Fortune Magazine, USA Today and Hello Gigggles where she specializes in issues in politics, international affairs, and media.

She earned her PhD at the University of Iowa’s notable Department of Communication Studies where she specialized in rhetorical theory and criticism. She was previously employed as an intelligence analyst at the Defense Intelligence Agency and was responsible for developing the briefing program in the USCENTCOM J2 and the Analytic Outreach and Strategic Engagements program at the enterprise level.

With a specific focus on political language and public policy, Karla is an expert in understanding the relationship between policy, popular culture, and national and international politics. As an example, she is currently working on an academic research project that analyzes language within presidential public address from 1980-2000 and analyzes environmental political rhetoric’s implications for shaping contemporary relationships between community, policy, and collective identity. Karla has taught courses in both Communication Studies and International Relations departments.  She has held adjunct positions at National Intelligence University, The University of Iowa, University of South Florida, St. Petersburg College and University of Tampa.

Karla is the recipient of several top academic paper awards and a seasoned presenter at over 30 academic and non-academic conferences. She was a finalist for the Business Buddies Leadership Award in 2012 and named an Up and Comer by the Tampa Bay Business Journal in 2013. She was nominated for Tampa Bay Business Woman of the Year in 2017 and 2018 and nominated for the Best of Tampa Bay Awards in the Mover and Shaker and Networking categories in 2017. Last fall, she was a featured presenter at the 2017 Florida Diversity Council Summit and the Working Women of Tampa Bay Florida Leadership Conference. She sits on the board of the Children’s Home and The University of South Florida Alumni Association.

Maggie’s career spans the private sector, NGOs, and academia. She founded #NatSecGirlSquad, a professional development ecosystem of more than 40,000 people focused on competent diversity in national security and defense. During her 6-year tenure as Chief Executive Officer, she built a fully-functional secure community app and executed more than 2500 events and trainings including the multi-day annual #NSGSCon. Her work fundamentally shifted the diversity, equity, inclusion, and belonging conversation in the defense, federal law enforcement, and intelligence communities and #NatSecGirlSquad continues to thrive. Her career also includes time at American Security Project, where she designed, built, and led the Women in Security Program, Business Council for American Security, and ASP’s US-Cuba Relations Program including a Track II dialogue to Havana and tenures as Risk Cooperative and The Conference Board. Maggie also served a one-year appointment as Junior Centennial Fellow in support of General Wesley Clark on his research on Russian national security institutions.  She a Principal Participant at the Munich Security Conference and frequent guest lecturer and podcast participant.

Maggie is the Co-Chair of the Leadership Council of Women in National Security (LCWINS) Initiatives Committee and instructor at the Naval Postgraduate School Institute for Security Governance. She is the Vice President of Operation Eagle Foundation, an organization that evacuated over 100 high-risk Afghan military families and continues to support their resettlement in the Phoenix, AZ area and a mentor through the Spookstock Foundation.

Maggie is an exceedingly proud graduate of Wesleyan University and Georgetown School of Foreign Service Security Studies Program, and an accomplished opera singer.